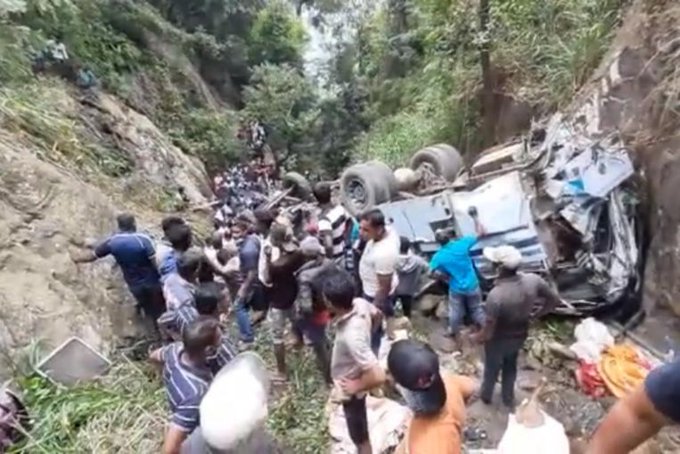 Colombo; At least 14 people have been killed in a bus crash in central Sri Lanka. At least 31 people were injured when a bus derailed on the Monaragala-Badulla road in Passara, 240 km east of the capital Colombo. There were about 70 passengers on the bus.

Police spokesman DIG Ajit Rohana said the driver was negligent during the preliminary investigation and the injured were rushed to nearby hospitals. The bus driver also died in the accident.

Facebook
Twitter
Pinterest
WhatsApp
Previous articleThree people, including a BJP leader, have been arrested in connection with a murder case in Bardhaman
Next articleNayanthara and Kunchacko Boban’s ‘Nizhal’ hits theaters on April 4