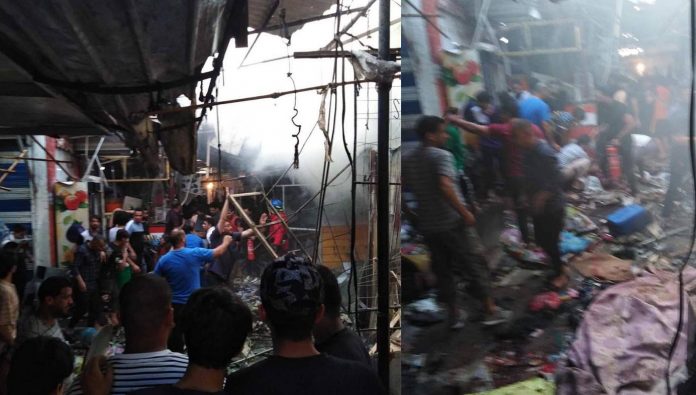 ISIS said in a telegram that the attacker was Abu Hamza al-Iraqi. The dead included women and children. Authorities say the death toll could rise further as the condition of many of the injured is critical.

Iraqi President Baram Salih has called the Eid al-Fitr a “grave crime.” He added that the attack was carried out by people who did not want people to celebrate happily. This is the third blast in the Baghdad market this year.