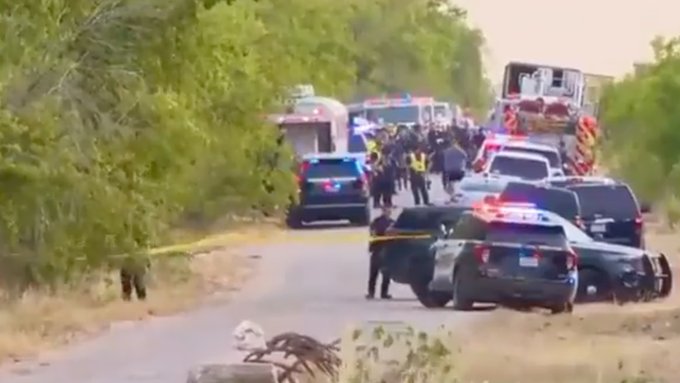 46 killed in a truck accident in Texas

In Texas, 46 people were found dead inside a tractor-trailer. The bodies were found inside an 18-wheeler on Quintana Road in San Antonio. Sixteen survivors were rushed to hospitals.

The tractor-trailer was abandoned in a remote area near the railway tracks. Reports say the driver is in hiding.

Officers and first responders checked through the train track with thermal imaging cameras to find survivors and the driver. The temperature in San Antonio rose to 103 degrees as the heat wave continued. The National Highway Traffic Safety Administration says that if the temperature outside is 75 degrees, the temperature inside a vehicle can reach 115 degrees.

Preliminary reports put the death toll at 20. This is the biggest immigration disaster in recent years.

Lahore: 20 people were burnt to death in a collision between a bus carrying passengers and an oil tanker...
World News

Britain is the first country to approve the Omicron vaccine

London:  Britain has become the first country to approve the omicron vaccine for the covid variant omicron. Reuters reported...
- Advertisment -