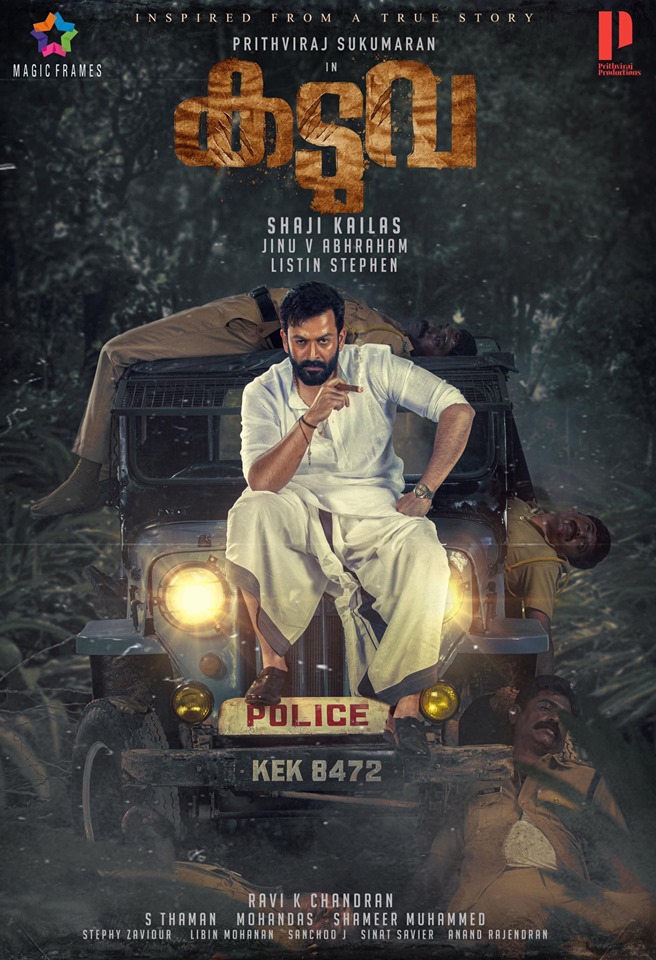 Shaji Kailas with ‘Kaduva’ after 6 years

Director Shaji Kailas and Prithviraj coming with the new film”Kaduva”. Shaji Kailas to make a comeback after a long gap of 6 years. The first look poster of the movie is out.  Prithviraj will be in the main role.

The fans were anxious to see the new movie through Prithviraj’s a Facebook post yesterday. The post had just been written, ‘It is coming after a gap of six years.’ It was also announced that the details of the film will be announced tomorrow at 10 am.

Director Shaji Kailas shared the same poster on his Facebook page while discussing Prithviraj’s Facebook posts on social media. Fans have confirmed that the director of the new movie is Shaji Kailas.

Finally, Prithviraj has revealed that he is coming up with ‘Kaduva’ for his fans.

‘Kaduva’ is produced by Listin Stephen and Prithviraj Productions. The first poster of the film was released on the occasion of Prithviraj’s birthday. The character of the film will be the nineties. The latest movie ‘Kaduva’ is inspired by the true story. The screenplay of the film by Jinu V Abraham. The cinematography is by Ravi K.