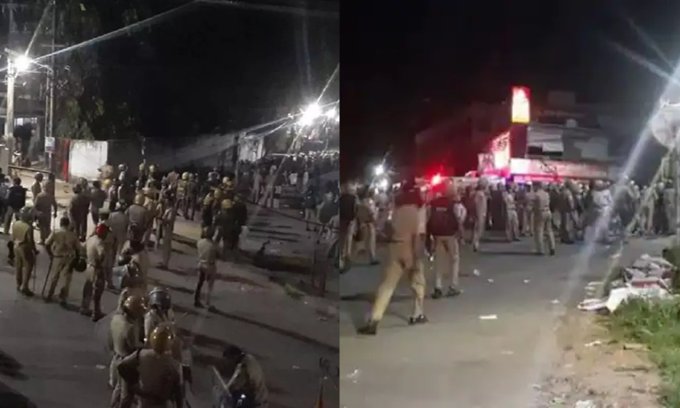 Thiruvananthapuram: Minister Ahmed Devarkovil said that Vizhinjam’s violent strike is not acceptable. Vizhinjam protesters come with new demands. Ahmed Dewar Kovil said that the protesters have violated the assurance given to the court. Minister P Rajeev said that there was a planned attempt behind the Vizhinjam violence. The government has the right approach to every problem.

Police are keeping calm. The minister added that no one has been evicted for the project. The league also demanded that an all-party meeting should be called on the Vizhinjam strike. PK Kunhalikutty clarified that there is no need to add fuel to the fire. UDF is not against the project.

Facebook
Twitter
Pinterest
WhatsApp
Previous articleFour-year undergraduate course to start from next year: Minister R Bindu
Next articleDo not give antibiotics for minor fever and lung disease; ICMR with guidance