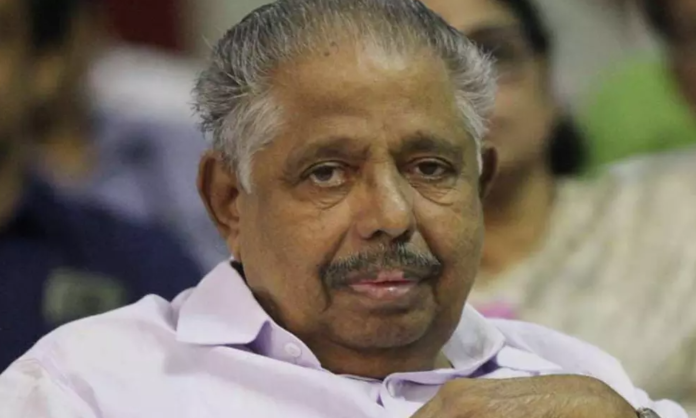 Malappuram: Senior Congress leader and former minister Aryadan Muhammad passed away. He was 87 years old. He was under treatment due to diseases inherent to old age.

He represented his constituency Nilambur eight times and reached the Legislative Assembly. He was Minister of Power and Forest in various governments.

He became active in politics as a Congress member in 1952. He became a member of KPCC in 1958. Worked as President of Malappuram District Congress Committee and various Trade Unions.

He served as Labor and Tourism Minister in the AK Antony Cabinet in the 9th Legislative Assembly and as Power Minister in the Oommen Chandy Cabinet (2004-06). Aryadan Muhammad is a person who has often been in the media for opposing the Muslim League leaders and the League’s positions.