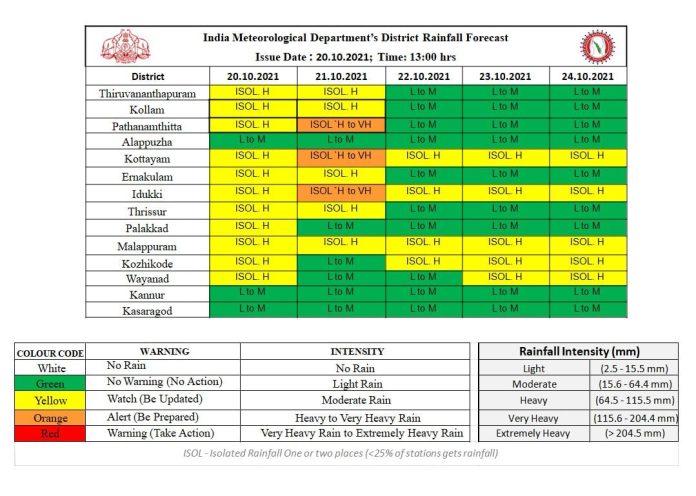 Thiruvananthapuram: The orange alert announced in the state has been reduced to three districts. An orange alert has been declared in Kottayam, Idukki, and Pathanamthitta districts. Earlier, a rain warning was issued in 11 districts except for Kasaragod, Alappuzha, and Kollam. An early warning was issued that there would be heavy rains from today and would continue for two days. The presence of east winds was considered a possibility for rain. But with the withdrawal of the orange alert in nine districts, the state is getting rid of major concerns. Higher education institutions have been declared closed till Saturday in the wake of the rain warning.