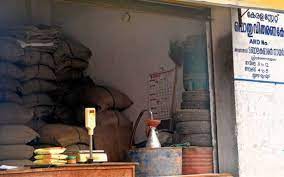 Ration shops will be fully operational from tomorrow

Thiruvananthapuram: The arrangement made during the working hours of ration shops has been withdrawn. From tomorrow, all ration shops in the state will be open from 8.30 am to 12.30 pm and from 3 pm to 6.30 pm, Food and Civil Supplies Minister GR Anil said.

The minister pointed out that although the working hours of ration shops were fixed in each of the districts, it did not affect the distribution of rations in any way. As of yesterday this month, 50,62,323 people (55.13 percent) had received rations. 4,46,440 people bought rations till 6.30 pm yesterday alone. Until the 25th of last month, 52 percent of cardholders received rations.