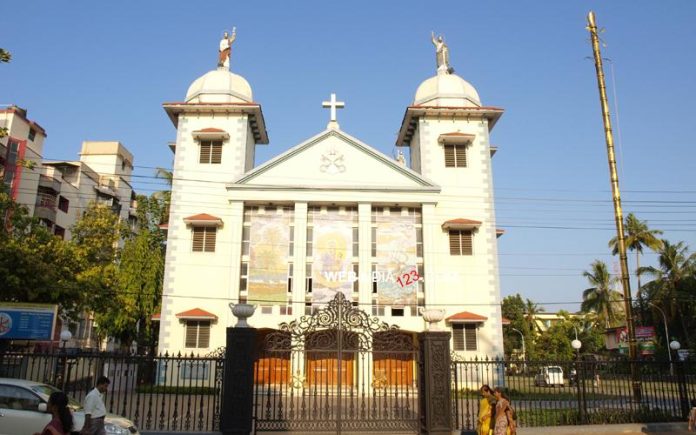 Kochi: Priests protest in front of Ernakulam St. Mary’s Cathedral Basilica. The protest demanded the opening of the church. The church was closed following a dispute over the unification of the Mass in the Syro-Malabar Church.

The Ernakulam St. Mary’s Basilica church was closed by the police 4 days ago due to the conflict over the unified mass dispute. The priests alleged that the police closed the high-status temple without consultation. Priests also say that there is a conspiracy behind this, including that of the Major Archbishop.

A group of believers stopped the Apostolic Administrator of the Archdiocese, Mar Andrews, who came to offer a united Mass at the Basilica. There was also conflict between those who favored and those who opposed the unified Mass. It was in this situation that the police closed the church considering the law and order problem. The final decision regarding the opening of the church will be taken under the leadership of the District Collector.