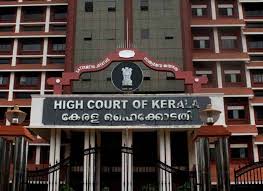 Kochi: The bail only will be granted to the accused in the incidents of violence during PFI hartal, after a deposit of 5 crores as the compensation in the case, said High Court.  The High Court will soon issue an order in this regard.

It is sufficient to grant bail to the accused only if the amount of compensation is fixed. Otherwise, measures including confiscation of property will be taken. The Division Bench of the High Court stated that it will issue instructions to all Magistrate Courts in this regard. The crucial intervention is in the case taken by the court on suo moto. The High Court directed the government to make PFI state secretary Abdul Sattar an accused in the entire case related to the hartal in Kerala.

The KSRTC had approached the court claiming that there was a loss of more than five crores in the hartal and demanding that it be recovered from the supporters of the hartal.

Meanwhile, DGP Anil Kant called a meeting of district police chiefs to explain the further steps to be taken against the Popular Front. A meeting of DGP officials was called after the government order came down. The meeting is held online. A meeting of Collectors and Heads of Departments is being held in the capital. The meeting convened by the DGP will be held after this.