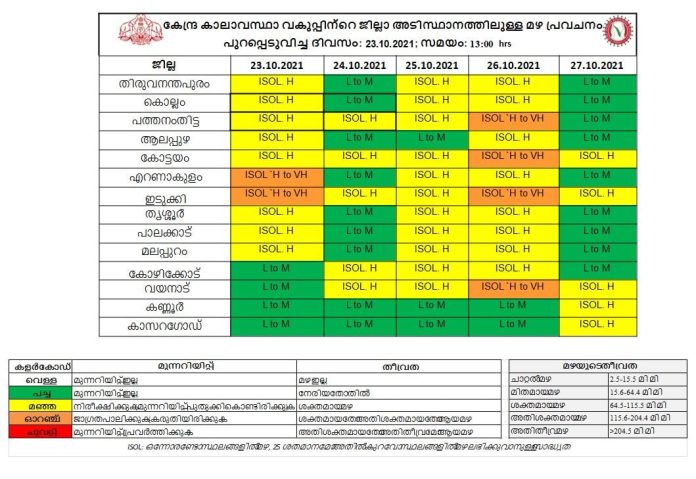 Thiruvananthapuram: The Central Meteorological Department has warned of heavy rains in the state today. Yellow alert issued in Idukki, Ernakulam, Thrissur, Palakkad, and Malappuram districts. The cyclone that formed off the coast of Tamil Nadu is continuing.

In Kerala, isolated showers and thundershowers of up to 40 kmph are likely in Kozhikode district during the next three hours. The Met Office has forecast heavy rains in all the districts from Monday. At the same time, the water level in the dams decreased as the rainfall in the catchment areas decreased.

Idukki and Kaki dams switched from red alert to orange alert yesterday. The Central Meteorological Department said extreme caution should be exercised as there is a risk of landslides and mudslides in hilly areas.