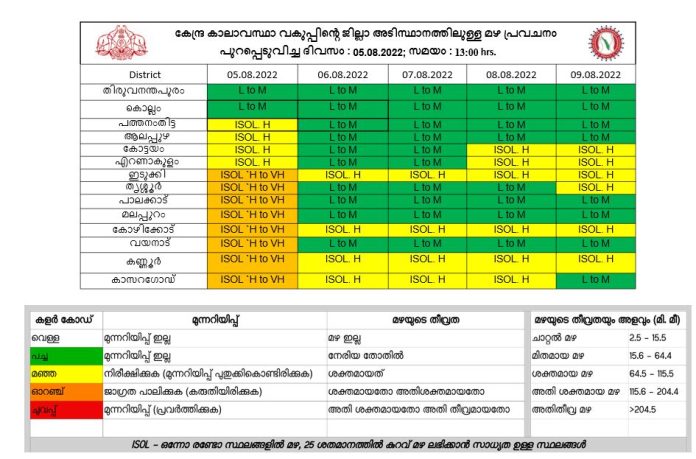 Heavy rains continue in the state; Holiday for 9 districts today

A complete holiday has been announced for educational institutions in Kottayam, Idukki, Alappuzha, Pathanamthitta, Ernakulam, Thrissur, Palakkad, Wayanad and Kannur districts. A holiday has also been declared in some taluks of Malappuram and Kasaragod districts.

The district collector said that the campaign that declared a complete holiday in Malappuram district is fake. The holiday is applicable including for professional colleges. MG University has postponed the exams scheduled for tomorrow. The revised date will be announced later. Holiday is not applicable for residential schools in Wayanad. Only Thiruvananthapuram, Kollam and Kozhikode districts have not announced any kind of holiday.

Facebook
Twitter
Pinterest
WhatsApp
Previous articleCurfew in Delhi; Rahul Gandhi says that the country is seeing the end of democracy
Next articleNo diesel; Only 50% of ordinary buses of KSRTC will ply today, 25% ply tomorrow, and no service on Sunday