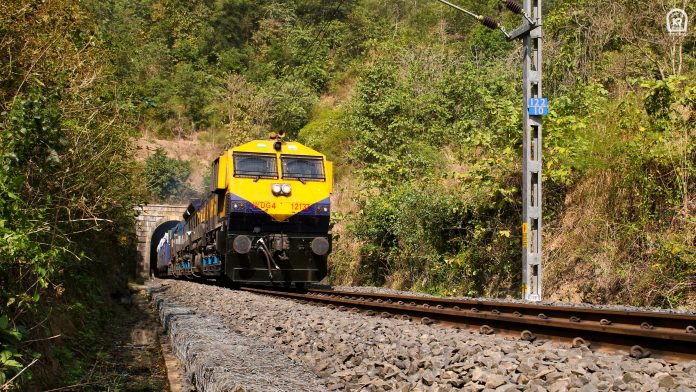 Doubling of Ettumanoor-Chingavanam line has been completed

Kottayam: The dual carriageway from south to north of the state has become a reality. With the completion of the doubling of the Ettumanoor-Chingavanam 17 km line, it has become a new milestone in the history of the railways. More than three decades of phased track doubling work have now been achieved.

With this, trains will be able to travel to Ettumanoor and Chingavanam without getting caught. This has many benefits, including trains being punctual and increasing train speeds.

Traffic allowance will be reduced in the timetable. The number of platforms in Kottayam has increased to seven. More trains can run. Other benefits of the doubling of the track include the inclusion of Kottayam in the Ernakulam Suburban Network and the launch of more train services from Kottayam, including MEMU.

Facebook
Twitter
Pinterest
WhatsApp
Previous articleShort break for fuel price hike; 9.50 per liter for petrol and diesel, revised from tomorrow
Next articleFood poisoning on the train to Thiruvananthapuram: About 20 people were admitted to the hospital