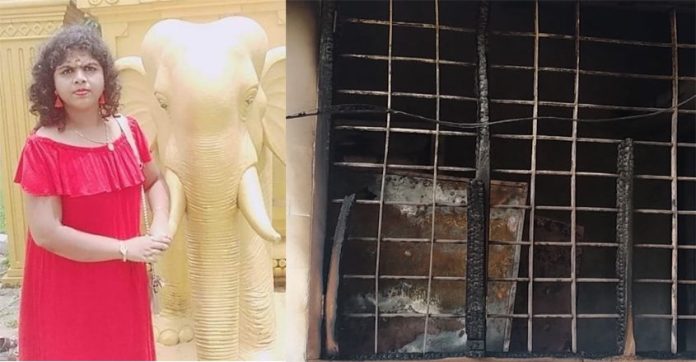 Shivanandan’s daughter Vismaya (25) was found dead inside a house in Arakkaparambil, Panorama Nagar on Tuesday evening. His youngest daughter Jeethu has been undergoing treatment for mental illness for the past few days. It is said that Jeethu left the house after locking Shivanandan in the house a week ago. Vismaya has completed BBA and Jeethu completed BSc.

The incident took place when Shivanandan and his wife Jiji were out. Neighbors who saw smoke rising from the house alerted police and firefighters. When police arrived on the scene, the gate of the house was locked from the inside.