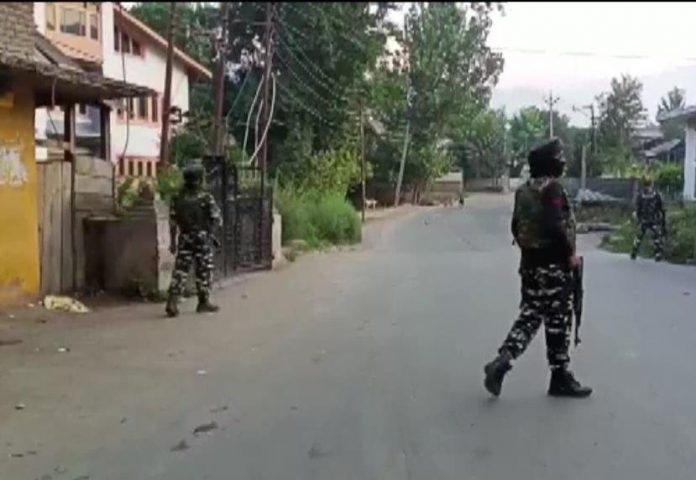 Two terrorists killed in clashes in Jammu and Kashmir

Srinagar: Security forces killed two militants in a clash at Avantipora in Jammu and Kashmir. The clashes took place in the Kru and Pampore areas of Avantipora.

Police also seized some items including weapons. Kashmir Zone Police said the search was continuing in the area.
A Lashkar-e-Taiba militant was killed in a clash in Kulgam on 13th.