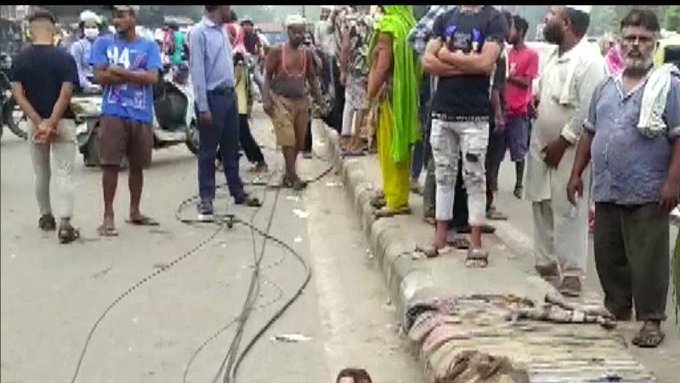 The truck ran over people sleeping on the roadside; four deaths; Two people were seriously injured

New Delhi:  Four people were killed when a truck ran over sleeping people in Delhi. The incident took place in Seemapuri, Delhi. The vehicle that caused the accident has not been identified.

The accident happened at 1.51 am. Six people were sleeping on the roadside. The vehicle ran over them.