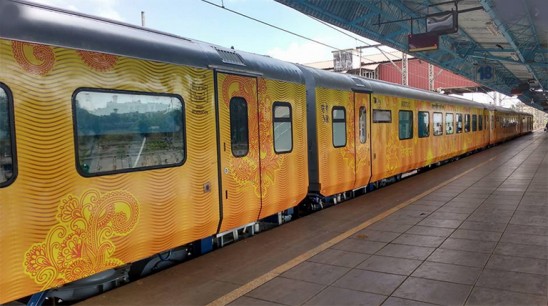 Chennai: Private train service for Sabarimala pilgrimage begins. The service is operated by Bharat Gaurav Train which is a part of the Central Government scheme.

The service is from Chennai to Chingavanam railway station. Loco Pilot and the guard will be the same as Railways. The Bharat Gaurav train, which runs with all the infrastructure of the railways, will cost 20 percent more than a Tatkal ticket. Apart from Sabarimala, Bharat Gaurav will also serve pilgrimage centers like Varanasi, Ayodhya, and Prayagraj in August. The Karnataka government has also announced a special subsidy for this. Karnataka is the first state to announce a subsidy for traveling by private train service. In this service named Kashi Yatra, 30,000 passengers will get a subsidy of Rs.5,000 each, officials said.