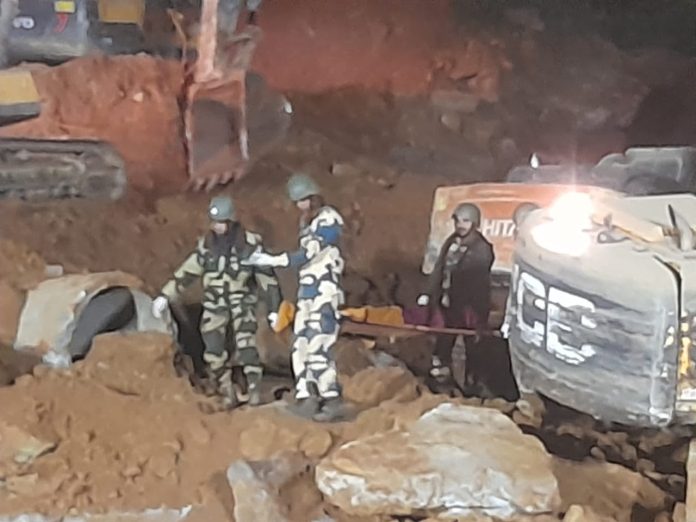 Aizawl: A landslide occurred in the quarry in Hanhital, in Mizoram. So far eight people have lost their lives in the disaster. It is reported that many workers are still trapped in the accident yesterday afternoon. During the work, a large-scale landslide fell on top of the workers.
The number of people trapped in the debris is yet to be confirmed. The rescue operation is being carried out by the fire brigade, SDRF, and volunteers of the Young Mizo Association. Non-Mizo workers make up the majority of those stranded.