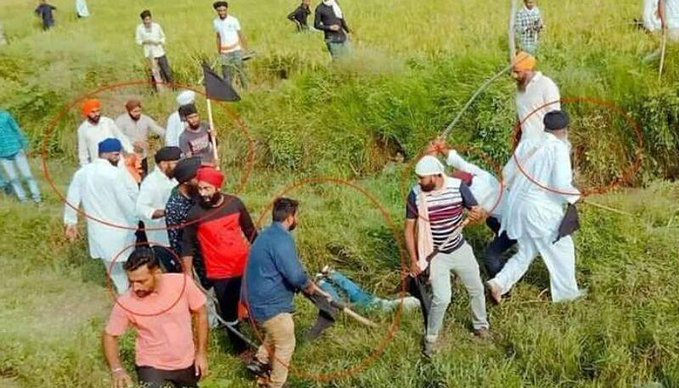 Lucknow: Four more arrested in connection with the murder of a farmer in Lakhimpur Kheri in Uttar Pradesh.  BJP workers Sumit Jaiswal, Shishipal, Nandan Singh Bisht, and Satyaprakash were arrested. Bullets and a gun were seized from the hand of the arrested Satyaprakash.