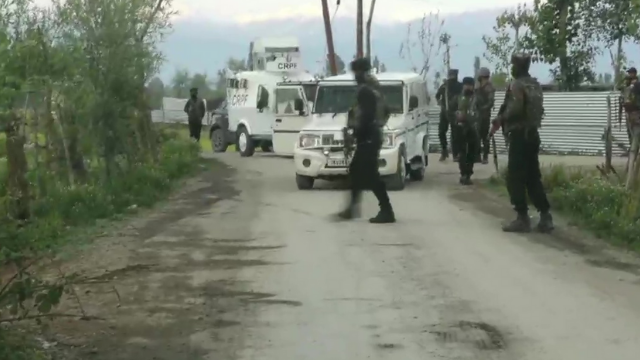 Srinagar: Security forces killed three militants, including Lashkar-e-Taiba commander Mudaseer Pandit, in Sopore in Jammu and Kashmir. The three were killed in a joint operation by the Army and the Jammu and Kashmir Police and the CRPF. Police say Mudaseer Pandit was involved in the recent assassination of some MPs. The clash in the Valley comes three days before an all-party meeting convened by the Prime Minister. Elections will be held in Jammu and Kashmir Lt. Governor Manoj Sinha said. And denied reports that the area will be divided again.