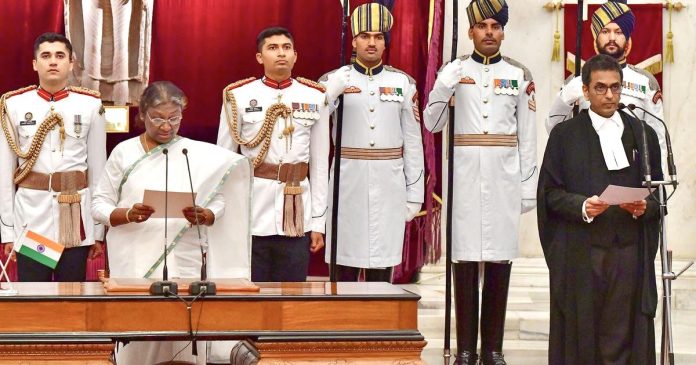 Chandrachud, who was the Chief Justice of Allahabad High Court, took charge as a Supreme Court judge on 13 May 2016. He has been instrumental in virtualizing court hearings and telecasting the proceedings of the Constitution Bench live. The decision to allow women to enter Sabarimala was by a Constitution Bench comprising Justice DY Chandrachud. Justice Chandrachud was also on the bench that gave the verdict in the Ayodhya case. Justice Chandrachud has also issued a historic judgment granting permanent commissions to women in the army.

The dissenting judgment written in disagreement with the majority judgment in the Aadhaar case was also noteworthy. It was Chandrachud’s bench that ruled that unmarried people also have the right to abortion. Justice Chandrachud took charge as the Chief Justice when many important cases including the Citizenship Amendment Act, the special status of Jammu and Kashmir, and the Sabarimala case were being considered by the Supreme Court.