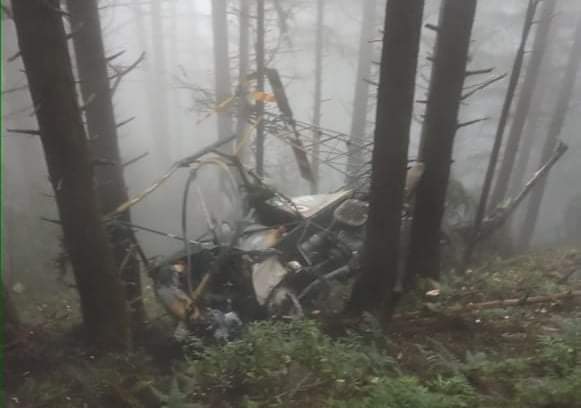 Srinagar: Two pilots of an Army Cheetah helicopter crashed during training in Jammu and Kashmir. The pilot and co-pilot, who were seriously injured in the crash, were rushed to hospital but could not be saved. The accident took place at Patnitop in Udhampur around 10.30 am today. It is learned that the helicopter crashed due to bad weather.

Locals were the first to know about the helicopter crash. With this, the locals rushed the injured to the hospital. But doctors confirmed that they were dead. The two pilots killed were officers of major rank. The Northern Command of the Indian Army tweeted that Major Rohit Kumar and Major Anujit Rajput were dead.

He also tweeted that they had sacrificed for the country on September 21 at Pantitop. Earlier on August 3, another Indian Army helicopter was involved in an accident.