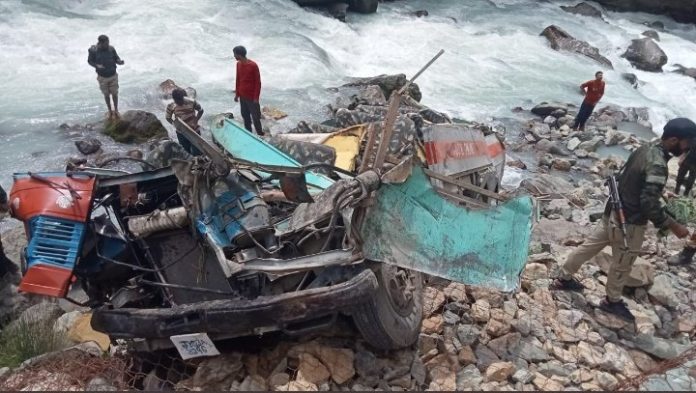 Srinagar: 7 jawans were killed when a bus carrying security forces fell into a river in Jammu and Kashmir. There were 37 ITBP officials and two policemen in the bus. The bus met with an accident between Chandanwari and Pahalgam.

The bus was carrying security personnel for the Amarnath Yatra. The injured were admitted to the military hospital in Srinagar. Rescue operation is going on. The primary conclusion is that the vehicle lost its break, is the reason behind the accident.