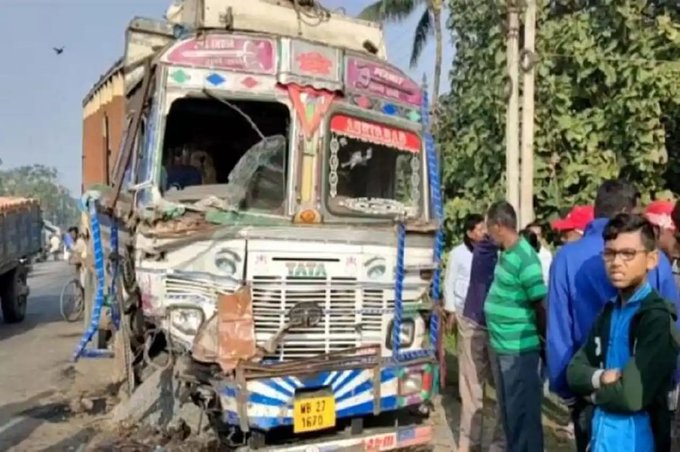 Kolkata: At least 18 people were killed when a car collided with a lorry in West Bengal’s Nadia district’s Fulbari area. Five people were injured, police said. The incident happened on Saturday night.

The car collided with a lorry on its way to Nabadeep Cemetery to bury the body. Eighteen people died at the scene. The injured were shifted to Shaktinagar District Hospital. Locals said the accident was caused by heavy fog and excessive speed of the vehicle.

Facebook
Twitter
Pinterest
WhatsApp
Previous articleAbout 5,000 teachers in the state are not vaccinated; Minister of Education
Next articleCyclone; Rain is likely to continue for the next three days in the state

Patna: After a one-night break in Bihar, Nitish Kumar was sworn in again as Chief Minister. Nitish, who left...
- Advertisment -