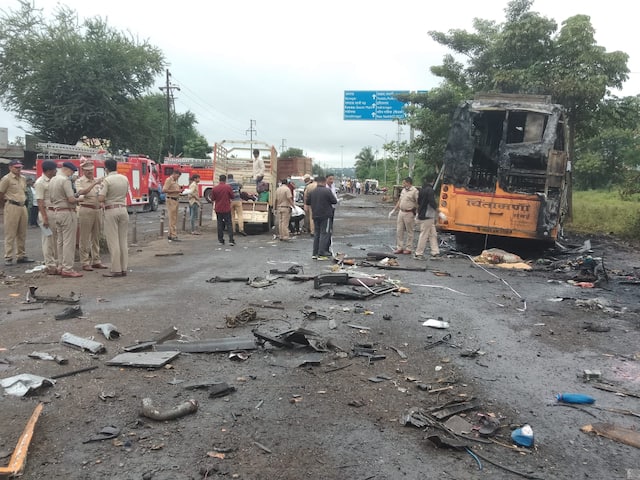 11 killed in bus fire in Nashik

Mumbai:  At last 11 people were killed in a bus fire in Maharashtra’s Nashik. More than 38 people are reportedly injured. The accident took place at 5.15 am on Aurangabad road in Nashik. The bus caught fire after hitting a truck.

Deputy Commissioner of Police Amol Thambe said that the injured have been admitted to the hospital. He added that a case has been registered in the incident and the circumstances of the fire are being investigated in detail.

Chief Minister Eknath Shinde announced a compensation of Rs 5 lakh each to the family members of those who died in the accident. Minister Dada Bhuse informed that the government will bear the medical expenses of the injured.