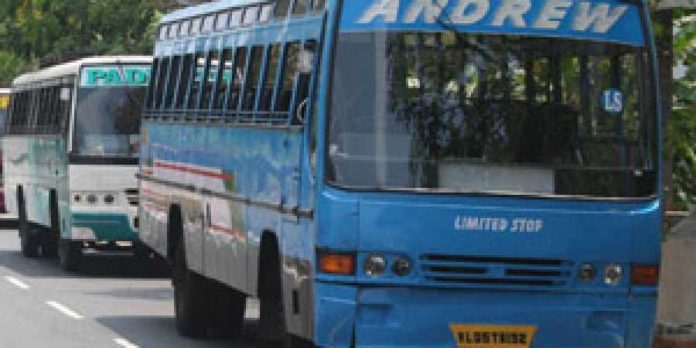 Palakkad: Private buses on the Palakkad-Thrissur route have stopped services in protest of toll collection. The bus owners said they could not pay the high toll and would go ahead with the direct strike. If no decision is taken, the bus owners have decided to go on an indefinite strike in front of the toll plaza from tomorrow.

Facebook
Twitter
Pinterest
WhatsApp
Previous articleCase of assault on actress; Pulsar Suni has filed a bail application in the Supreme Court
Next articleSummer vacation for classes one to nine is from April 3rd to May 31st