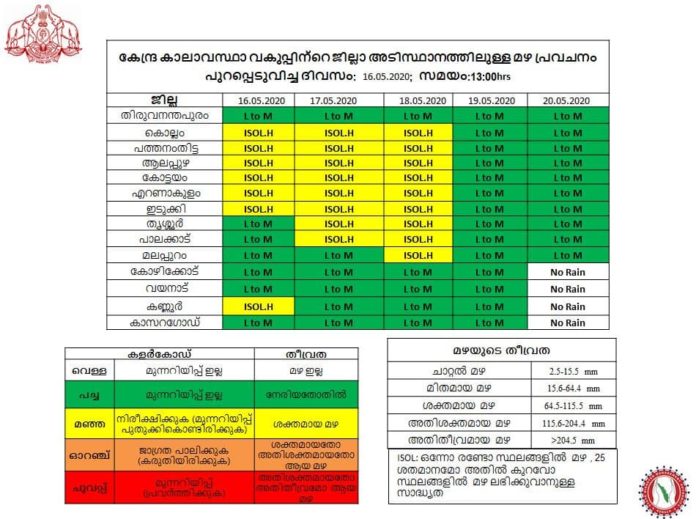 HomeNewsUmphun will turn as a hurricane; Yellow Alert in eight districts of...
NewsKerala News

Umphun will turn as a hurricane; Yellow Alert in eight districts of Kerala

Thiruvananthapuram: Hurricane Umpun will turn as tornado called Emphan in the southeast Bay of Bengal over the next six hours. Hurricane is expected to reach 200 km / h. The cyclone is currently traveling about 990 km from Paradweep in Odisha. Caution issued in Andhra Pradesh, Odisha and West Bengal

Heavy rains are likely in Kerala too. The Meteorological Department has warned that strong rains are likely in some parts of the state. Yellow Alerts have been announced in eight districts today. Yellow Alert has been announced in Kollam, Pathanamthitta, Alappuzha, Kottayam, Ernakulam, Idukki, Thrissur and Palakkad districts. It is also suggested that fishermen should not go to sea on the Kerala coast.