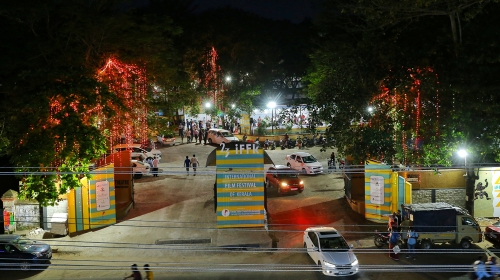 The Festival of Films starts from today

Thiruvananthapuram: The 23rd edition of the Kerala International Film Festival of Kerala will begin today in Thiruvananthapuram. More than 8000 film lovers will come to the city to discover the latest changes and trends in world cinema.

Chief Minister Pinarayi Vijayan will inaugurate the event at Nishagandhi on 6th evening. Bengali director Buddhadebdas Gupta will be the chief guest. Minister A K  Balan, actress and director Nandita Das will be present. The award will be presented to Iranian film director Majid Majid. Inaugural film’Everbody Knows ‘will be screened at Nishagandhi.

164 films from 72 countries across six continents will be screened at the event. The world cinema section has 92 films and 14 films in the competition section. Ea Ma Yau, Sudani From Nigeria “is in the Malayalam films of the competition. There are eleven categories, including ‘Human Spirit: Films on Hope and Rebuilding’, which include five films inspired to survive the crisis. Today, 34 films will be shown in 12 theaters.

Movies from 9 am to 11pm can be reserved every day. Log in with the mail ID and password used for registration at https://registration.iffk.in/, c. It can be reserved for a mobile application called iffk 2018. You can reserve a maximum of 3 movies per day. The Coupon will be available at counters of cinemas two hours before the show.

Signature film as a reproduction theme

The signature film is respected to Kerala who survived the flood in the backdrop of unity. The film is a reminder that each other’s hands can be combined for reconstruction of Kerala. Arun Sreepadam directed the film in the production of Ment Studios.