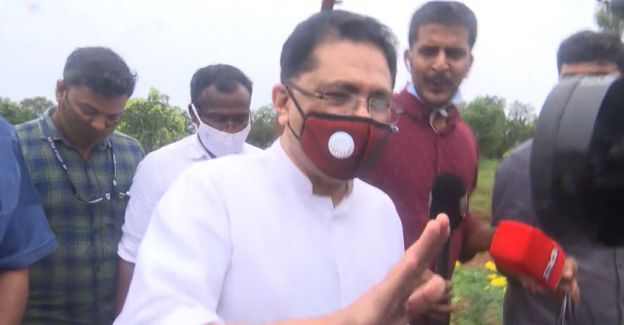 Thiruvananthapuram: Widespread protests in the state for the fourth day in a row demanding the resignation of Minister KT Jaleel. The march by the youth groups turned violent in many places.

Police fired grenades and tear gas at the Youth Congress march to the secretariat in Thiruvananthapuram. Police and protesters clashed in front of the secretariat. Several activists, including KS Sabrinathan MLA, were injured.

Facebook
Twitter
Pinterest
WhatsApp
Previous articleHeavy rains continue in many parts of the state; Yellow alert in ten districts
Next articleActress assault case; The prosecution’s plea will be heard today

Thiruvananthapuram: More lockdown concessions have been announced in the state. Shrines can be opened in local bodies with test...
Kerala News

Thrissur: Devotees will be allowed to enter the Guruvayur temple from tomorrow. Admission is by the virtual queue. Devotees...
Kerala News

Kollam: Kiran Kumar, a resident of Sasthamcotta was arrested for his wife Vismaya's death. Kiran, who was absconding after...
- Advertisment -