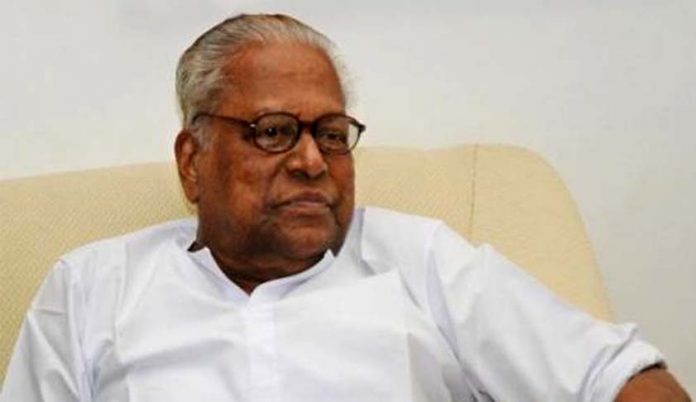 VS Achuthanandan resigns as chairman of Administrative Reforms Commission

Thiruvananthapuram: Former Chief Minister and senior CPM leader VS Achuthanandan has resigned as the chairperson of the Administrative Reforms Commission. The resignation was due to ill health. He handed over his resignation letter to Chief Minister Pinarayi Vijayan.

He had earlier told the government, the party, and the chief minister that he was not interested in continuing as chairman of the Administrative Reforms Commission. Before his resignation, he had left his official residence a month ago and moved into his son’s house.

The committee chaired by VS has submitted many recommendations to the government over the last four years. These included reports on vigilance reform, anti-corruption reform, and recommendations on e-governance. VS has been the chairperson of the Administrative Reforms for four years and five months. About 11 reports have already been submitted to the government. Two reports have been prepared. That too will be submitted soon.

It is not possible to hold meetings or hold discussions as it continues to be subject to strict conditions of doctors due to blood clots in the brain. In this context, VS said in a Facebook post that he had informed the government that he was resigning as the chairperson of the Administrative Reforms Commission.

“The study reports of the Commission are the result of the collective efforts of hundreds of people. I would like to express my deepest gratitude to all those who participated in this effort.