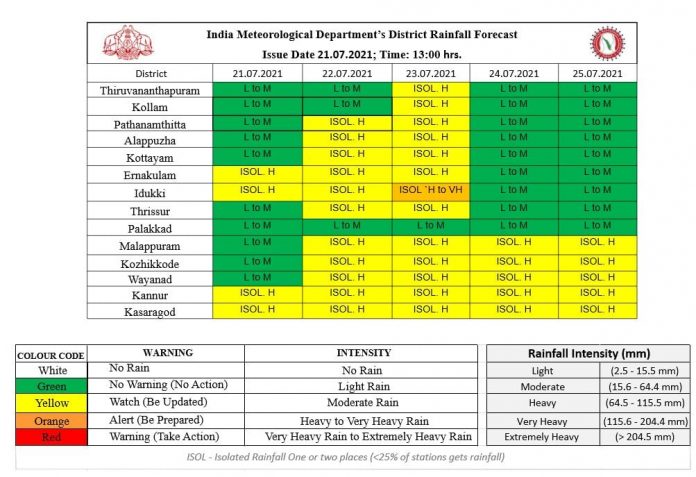 Rain warning in 11 districts of the state

On those days, a yellow alert was declared in Malappuram, Kozhikode, Wayanad, Kannur, and Kasaragod districts. Fishermen are not allowed to go to sea as strong winds continue. Coastal dwellers should also remain vigilant as there is a possibility of high tides and high tides off the coast of Kerala.