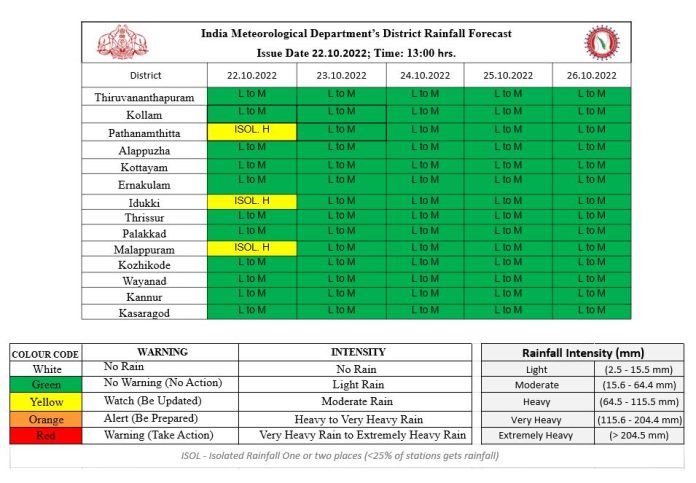 The Meteorological Center has also warned not to go fishing on the Kerala coast and Lakshadweep coast. The low pressure formed in the Bay of Bengal is expected to form Cyclone Sitrang by Monday, the Met Office said. The low pressure formed over the North Andaman Sea will become an intense depression over the central East Bay of Bengal by Saturday.

Later, it is warned that it will become a cyclonic storm over the central-west Bay of Bengal. Thunderstorms are also likely ahead of Thulam rain. According to the Central Meteorological Department, in the next hour, there is a possibility of rain with thunder at isolated places in the districts of Kottayam and Ernakulam and wind gusting up to 40 kmph.