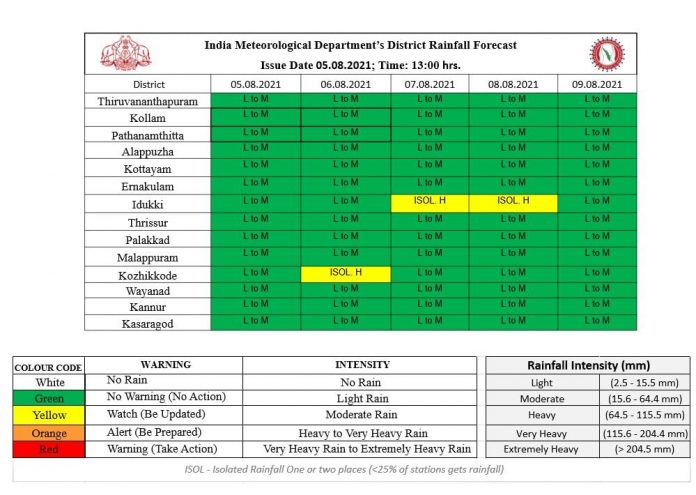 Isolated heavy rains will continue in the state; Yellow alert in Idukki and Kozhikode

Thiruvananthapuram: The southwest monsoon was weak in the state. Apart from isolated rainfall in some parts of Kerala and Lakshadweep, the state generally received less rainfall. Hosdurg in Kasaragod district and the western part of Wayanad district received the maximum rainfall of 3 cm. Ponnani and Vadakara received 2 cm of rainfall. Similar weather will continue in the state in the coming days.

Isolated thundershowers are expected in the state for the next five days, according to the Meteorological Department. It will continue to rain in many parts of Lakshadweep till August 9. The state has issued heavy rain warnings on August 06, 07, and 08 and thundershowers on August 08 and 09.