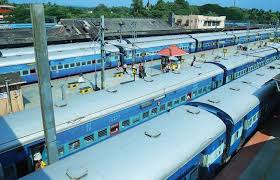 IS attacks; Inspection at Railway Stations

Palakkad: Following the IS attack possibility, major railway stations in Kerala and Tamil Nadu were inspected. The search was based on an intelligence report pointing to the possibility of an attack.

The railway police, along with the RPF, the dog squad and the bomb squad were inspected. They checked the parcels on the trains and the people who looked suspicious.

Intelligence reports have surfaced that the IS attacks in Kerala and Tamil Nadu will be followed by the attacks in Colombo on Easter Day. The railway stations and bus stands were being inspected at places where more and more people were arriving. A similar search has been carried out at railway stations again today.