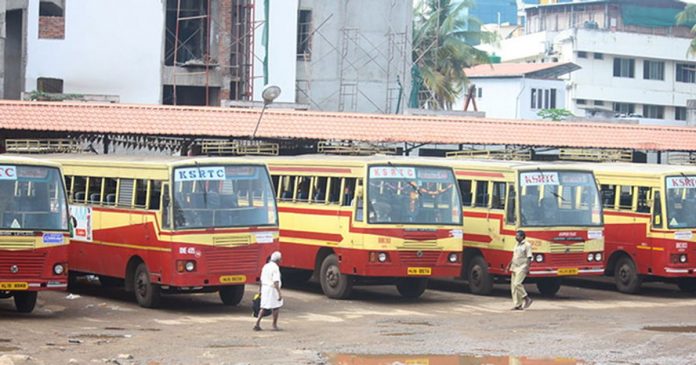 Thiruvananthapuram: Four KSRTC employees who were responsible for beating up a father in front of his daughter following a dispute regarding taking concession at Kattakada KSRTC bus stand have been suspended pending investigation.

Station Master of KSRTC Aryanadu Unit A. Mohammad Sharif, duty guard at Kattakkada Depot S.R. Suresh Kumar, Conductor N. Anilkumar, Assistant C.P. Milan Dorich and others were suspended based on the preliminary investigation report. Transport Minister Antony Raju directed the KSRTC CMD to complete the investigation within 45 days and take strict action against the employees who assaulted the father in front of his daughter.

The girl had come to the scene with a response to the incident where the father and daughter were beaten up by the employees at the KSRTC depot. The child said that the staff beat her father despite telling them not to hit him and pushed her without even looking at the fact that she was a girl. I myself went to the police station along with my friend and gave the information.

The policemen called an auto for papa and went to the hospital. Even today’s exam was not written well.’ The Kattakada police registered a case against five people in the incident. A case has been registered under sections 143, 147 and 149 of the IPC. Sections of unlawful detention and assault and several crucial charges have been imposed.