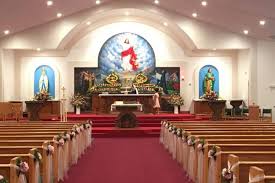 Thiruvananthapuram: The Archdiocese of Ernakulam-Angamaly has to pay a fine of Rs 3.5 crore to the Income Tax department in the Syro-Malabar Church land dispute case. According to the Income Tax Department, serious financial irregularities have taken place. Meanwhile, the High Court will rule today on a petition filed by Cardinal Alencherry challenging the Sessions Court’s decision to face trial in the case.

According to the Income Tax Department, there was a huge tax evasion on land transactions. The land was sold to repay Rs 58 crore taken from the South Indian Bank. But the church bought land in two places without repaying the debt. There is no record of how much money was paid for the land deal.

The cardinal’s involvement in the land sale is also questionable. According to the Income Tax Department, the source of the land transaction in Munnar could not be ascertained.