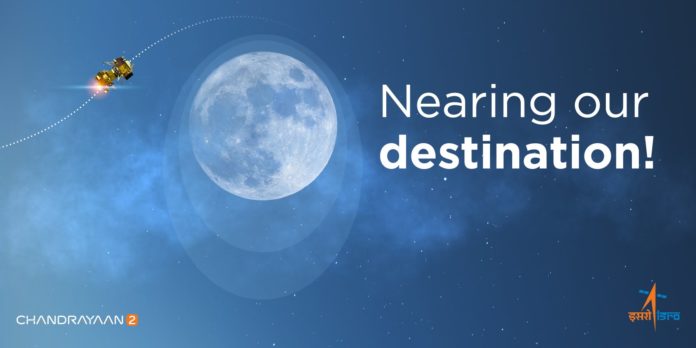 Chandrayaan-2, India’s second lunar exploration mission, has entered orbit. The challenging phase was over by 9.02 am.

ISRO Chairman Dr.K Sivan Nair said the most difficult part of the mission was the construction.   He said it was moving in the right direction.

The spacecraft will land on the lunar surface at 1:55 pm on September 7. The ISRO chairman said that the next glorious moment would take place on September 2, when Vikram’s lander was detached from the orbiter when the spacecraft launched into orbit about 100 km from the moon.

On September 2, Vikram’s lander will be detached from the orbiter when it lands in a near-orbit 100 km from the moon. The probe then descends to the Moon’s the South Pole at 7 p.m.

To do so, the lander, which is separated from the orbiter has to be rotated twice and put into orbit, which is at least 30 km away from the moon.

The mission is managed by the ISRO Telemetry Mission Operational Complex and the Tracking and Command Network.

The US, Russia, and China have been successful in this endeavor. Chandrayaan 2 was launched on July 22.