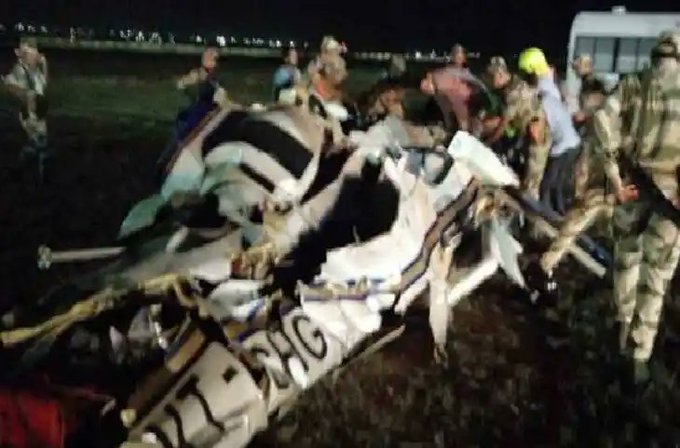 Senior Superintendent of Police (SSP) Prashant Agarwal said the incident took place at Swami Vivekananda Airport in Raipur under Mana police station around 9:10 pm during training. The cause of the accident is not clear. Authorities said they would conduct a detailed investigation.

The Chhattisgarh Chief Minister expressed his grief over the tragedy and paid tributes to the pilots.