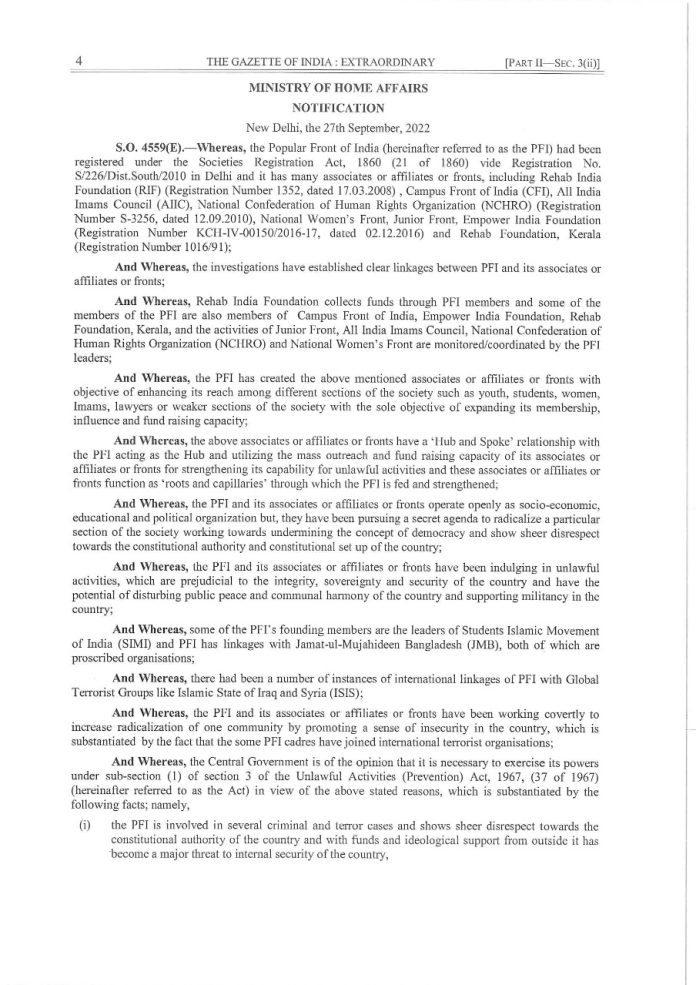 New Delhi:  Following widespread raids and arrests by central agencies, the Center issued an order banning the Popular Front of India (PFI). The ban is for five years. The ban will come into effect soon. Eight affiliates of the Popular Front were also banned. Organizations like Rehab India Foundation, Campus Front, NCHRO, National Women’s Front and Empower India Federation were banned.
In 15 states including Kerala, raids were conducted on the offices and houses of the leaders of Popular Front under the leadership of central agencies like NIA and ED. National leaders of the organization were also arrested in the raid. 19 leaders were arrested from Kerala alone.