This the ritualistic art form maily performs in Kali temple in Kerala. The people who dressed like the bird Garuda (vehicle of Lord Mahavishnu) perform the art form.

The dancer hooked in the skin in a huge vehicle after the dance performed. These arts form can be seen in Devi temple during the festival of Meena bharani and Pathamudayam. The Garudan Thookam is mainly the art form of Kottayam. But now a day it was widened to several districts of Kerala. The Garuda dressed up similar to the Kathakali. But the beak and wings will be attached to the dancer who performs Garuda.

Legend has it that even after slaying Darika, Kali remained insatiable and thirsty. At this time Vishnu sent Garuda to Kali to quench the thirst. A dancing and bleeding Garuda was taken to Kali and only after getting some drops of blood from Garuda, Kali was pacified. The ritual is performed based on this belief.

The believers dedicates the Thookam as a reward  for the problems solved in the abode of Goddess Kali. 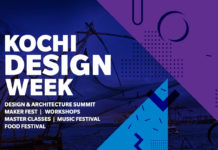 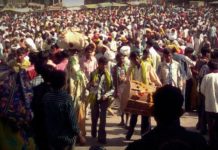 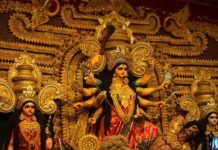 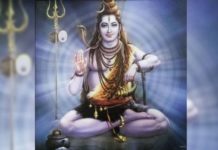 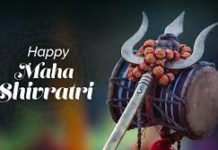