{Theatre: JB Cinemas Kollam Screen 2 with 50% of the audience.}

2: At some point performance of the actors were a little dramatic.

•ONE WORD: A neatly executed techno-thriller that worth for our time.

•STORY IDEA: Chathur Mukham unfolds the story of Thejaswini who is addicted to mobile and social media. She uses to post all her daily life stuff on social media, an active person. With her college friend Antony, she runs a business of security camera, though they are new to the field their orders and business are not on huge profit margins. One day on a situational accident her mobile phone get lost, so due to short of cash, she decides to order a used refurbished phone through online. When the phone arrives things started to get up and down, she and Antony started to realise they are affected by some supernatural force that is happening through the phone. Can she survive and what is the cause of this supernatural presence is the rest of the story.

Chathur Mukham is directed by the newcomers Ranjeet Kamala Sankar and Salil V. The story, screenplay and dialogues are written by K. Abhayakumar and Anil Kurian. The movie is produced by Manju Warrier, Jiss Toms and Justin Thomas under the banner of Manju Warrier Productions and Jiss Toms Movies and distributed by Century Pictures. The music is composed by Dawn Vincent and cinematography is by Abinandhan Ramanujam and editing by Manoj. The film comprises the casting of Manju Warrier, Sunny Wayne, Alencier Lay Lopez, Niranjana Anoop, Shyamaprasad and Niranjana Anoop.

As newcomers, Ranjeet Kamala Sankar and Salil V had made an excellent job on the direction to implement a tech horror film. The concept and making were according to the plot and conforming to set the premise. Like said as debutant directors a complicated plot was made drastically without getting any diversions. The whole making was having a proper quality and the various portrayed technological aspects were satisfying till the end. The concept and the story is something new in the world of Malayalam cinema so proper justice was made to maintain the impact of the plot. The use of modern technologies was shown convincingly and the intentions of carrying out the visual effects were compelling to watch. The directors had also successfully used the acting talents of Manju Warrier, their instruction on how to perform and how to influence the viewers was evidently seen in their making.

A passionate way of making was apparently seen in the direction, the use of modern technologies had given an upper hand so never felt anything was compromised. The motive to bring out something new deserves a thumb up and the mixed filling of different factors and theme was supreme thus the entirety of the film was genuine as per its genre. The right steady making was all overseen without any confusion which helped to retain the balanced momentum. The expectations were high after watching the interval twist to know what is going to be next and the second half never failed to meet the expectations. The entire second half was thrilling and exciting, to build the manner of curiosity was radiantly made, the numerous events to find the ultimate solution was like a gripping journey with curiosities and wonders.

The issues I felt in the direction was the makers haven’t properly executed scary horrors and it’s moments. There are some scary scenes but they were having more chances to create horror scenes, moreover, the script was also having potential opportunities to bring out horror elements to scare the viewers. I was expecting more horror scenes and the interval twist was promising for it but unfortunately, scary moments were less. The climax area was a golden chance for the makers to show some effective horrors and in those areas also horror was not up to the mark to scare the viewers. Another issue was the duration of the film, though it was engaging at some point the movie was dragged which may give some sort of lagging. To make the movie more brighter the makers could have done a fair job to trim some part, unnecessary dragging was felt.

The script was written by K. Abhayakumar and Anil Kurian which was amazing, the detailed explanations giving to every incident was made out genuinely. The plot consists of various events and circumstances, lots of new and past happening are packed so the arrangements of all these situations were written out meticulously in the right syncing systematic way. The subplots which explain the reason behind all the happenings was certifying the whole film, a mix of fantasy and the elements of technological horror was suiting to justify the solo reasons. The screenplay was also rationalizing the plot flawlessly because the circumstances which lead the plot was having the right connection so eighty per cent of the scenes were made according to the plot. The emotion fear had a superior role throughout the film, as a horror-thriller central character are forced to undertake it genuinely and in Chathur Mukham fear is something that was used reasonably. In the script, the writers had successfully made to implement the real sort of fear especially for the character played by Manju Warrier. The script demands it and they have written it accordingly and the directors had endured to bring out the fear in most of the characters.  What I found as a small negative in the script was the writers had forgotten to add more scary horror scenes, there are scenes but only less. Like earlier said chances were plenty but haven’t utilised it properly especially at the climax, if the horrors and scary scenes were more Chathur Mukham may have been one of the best supernatural horror movies in Malayalam cinema.

Looking into the performance it was all about Manju Warrier’s stunning performance. She stole the entire show, her screen presence with the powerful acting was highlighting all over the film. The numerous facial expression according to the scenes were undertaken intensely and seriously without any errors. The dialogue delivery was sharp and the voice modulation for the horror scenes was perfect. As a horror film, the lead performer has to go through many scary scenes and Manju Warrier had made those scenes terrific with her acting skills. The use of the eye to express scary moments was amazingly used Manju Warrier and the expressions for showing curiosity and wonders was safely used by her. She just once again proved that she is a lady superstar of Malayalam cinema. The performance from Sunny Wayne was not that great, he was good with the character Antony but at some point especially at the crucial scenes and also at the climax portion his expressions and acting were a bit overdramatic. The dialogue delivery also was not having the right synch and his combination scenes with Manju was not matching, the chemistry was not felt, when overall looking at the performance from Sunny Wayne it was mediocre. Alencier Lay Lopez as the science professor did a fine satisfying performance. His acting skills were good and the dialogue delivery was matching. The combination scene with Manju Warrier stood brightly, especially during the whole second half. Niranjana Anoop as Safiya was also good, her supportive role was fair. Navas Vallikunu as Basheer did a fine performance, some of his situational humour was funny and Shaju K.S as Doctor Manoj did a good supporting character. The director Shyamaprasad as Ramachandran, Srikant Murali as Philip, Rony David as Naveen, Prajodh as thr brother and Babu Annur as thr father of Thejaswini appear to perform important supporting roles and everyone did total justice to their respective characters. Jiss Thomas as Firoz was average, his role was crucial but his performance was normal ordinary.

The technical sides of the film from cinematography to the visual effects were glowing to the best core. The cinematography by Abinandhan Ramanujam was stunning from the beginning till the end. His frames were extremely powerful to set the vibe and premise of the film. The camera movements he had given for various action scenes to showcase horror scenes were flawless. As a horror film, the lighting has a crucial role, many dark and night shots were given with adequate lighting techniques. The lighting for the indoor shots was also favourable, the different kind of shots was also noticeable. The closeup frames to express the facial fear of characters was captured honestly which had given more appeal. The placing of the camera was also different and the high angle shots were also impressive. The entire camera movements on the climax portion were magically done, the placement of cameras was unique, the movements of the camera on the action scene were different and the frames which denote the fear in the eyes of the central characters were hitting to the best level. So overall Abinanadhan Ramanujam’s whole cinematography is one of the winning factors of this film. The background score tuned by Dawn Vincent was tremendously setting to build the scenarios. At the horror scenes, the best matching background scores were given and the scene which creates the curiosity was maintained with some exciting BGM. The editing of Manoj was extraordinary, crisp and clear cuts were seen in the whole film without any errors. The sudden transition of the scenes was excellent and the whole viewing experience hasn’t given any mismatches. The team behind visual effects also deserves huge applause, all the VFX works were having the right quality and nothing was felt bored. The importance of VFX is crucial to lead the film and these visual effects were faultlessly matching to give more appeal and the effects were also convincing to match the scenarios. The sound design was also wonderful, at some scary scenes, the sound effects stood completely high to scare. The sudden scenes of supernatural presence were filled with the right sound effects which can give fear and curiosity. Therefore it’s evident that altogether all the team behind the technical division had done a marvellous job to make this movie more captivating and charming.

So to conclude Chathur Mukham had given me a satisfying and different cinematic experience because of its concept, making and technical division. The story and screenplay is something new that Malayalam cinema hasn’t witnessed before so this concept and its making will offer a unique theatre experience. The glorious performance from Manju Warrier and the brilliant technical side of the film is a treat to watch, unfortunately, as horror-thriller scary scenes are less but still, the movie manages to have some and won’t disappoint anyone. 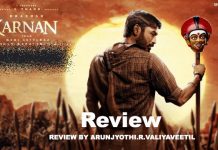 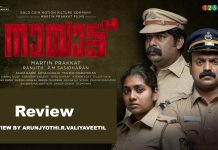 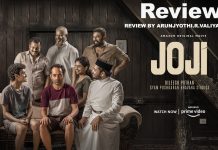 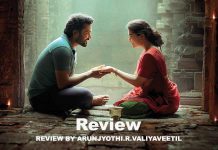 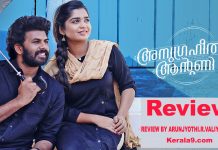 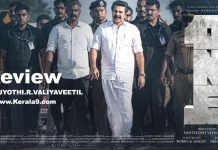