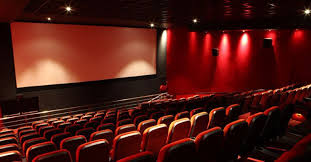 Movie theaters will open; The first releases are yet to be decided

Movie theaters will open in the state on the 25th of this month but it has not been decided what the first releases will be. Kerala Film Producers Association president M Ranjith said it was not clear which films would be released in the first week. A meeting of the producers will be called.

As the entry is only for 50% of the audience, the big films ‘Maraikkar- Arabikkadalinte Simham, ‘Aratt’ and ‘Thuramukham’ will not be released at this stage.

Large films like ‘Maraikkar-Lion of the Arabikkadalinte Simham’, ‘Aratt’ and ‘Thuramukham’ will not be released at this stage as access is limited to 50% of the audience. A few Tamil movies will be released on November 4. Rajinikanth’s Annathe, Manad (Chimbu), and Enemy (Vishal) is all set for a Diwali release. Rohit Shetty-Akshay Kumar’s movie ‘Suryavanshi’ will also be released.
The Kerala Film Chamber, an official body of producers, distributors, and theater owners, welcomed the government’s decision. The ta