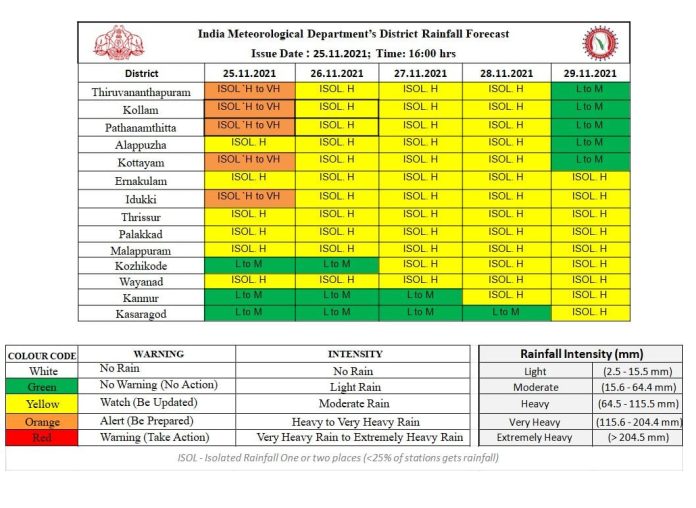 The Central Meteorological Department has said that the cyclone is currently located off the south coast of Sri Lanka in the south-western Bay of Bengal. Extreme levels of rainfall are expected in the state for the next five days.

The State Disaster Management Authority has been directed to make similar preparations for the Orange Alert in hilly areas. Chance of thunderstorms and strong winds. The public and government agencies must be vigilant. Fishing has been banned off the coasts of Kerala and Lakshadweep. A new low-pressure area is likely to form in the southern Andaman Sea in the Bay of Bengal by November 29. The Central Meteorological Department said that it is likely to move towards the Indian coast in a north-westerly direction.

Facebook
Twitter
Pinterest
WhatsApp
Previous articleThe US abolishes tariffs on Indian products
Next articleKaaval Movie Review: A movie that failed to create an impact by the outdated writing and poor making