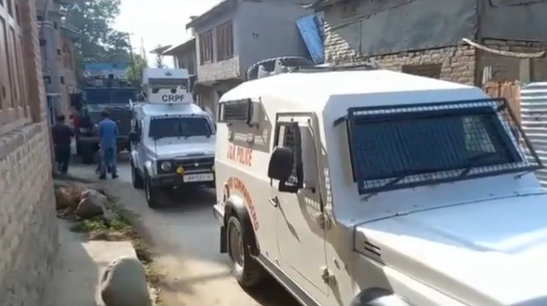 Terror attack in Pulwama; A policeman was martyred and a soldier was injured

Jammu:  Another terror attack in Jammu and Kashmir’s Pulwama. A policeman was martyred and a CRPF jawan was injured. The attack took place in the Pinglana area of South Kashmir district.

“Terrorists opened fire on a joint team of CRPF and police at Pingalana in Pulwama. A policeman was martyred and a CRPF jawan was injured in this terror attack,” Kashmir Zone Police tweeted.

The police informed that more security personnel have been brought to the spot and the area has been cordoned off. Earlier, a Lashkar-e-Taiba terrorist was killed in an encounter in Jammu and Kashmir’s Shopian.