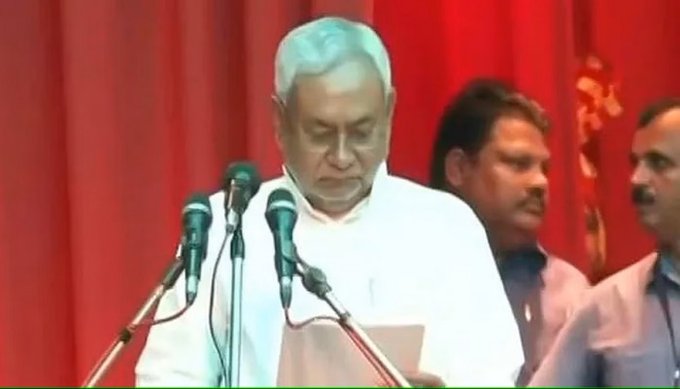 Patna: After a one-night break in Bihar, Nitish Kumar was sworn in again as Chief Minister. Nitish, who left the BJP and joined the Grand Alliance, is taking office as the Chief Minister of Bihar for the eighth time. RJD’s Tejashwi Yadav, who was the Leader of the Opposition till the last day, was also sworn in as the Deputy Chief Minister. Governor Fagu Chauhan administered the oath to both of them. The grand alliance is made up of Congress and Left parties.