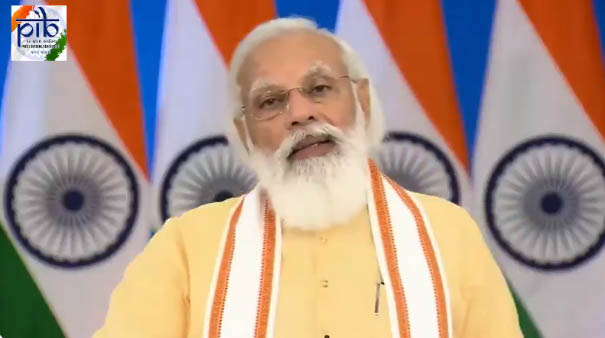 New Delhi: Prime Minister Narendra Modi named the unnamed islands of Andaman and Nicobar on the birth anniversary of Netaji Subhash Chandra Bose. These islands are named after the Paramvir Chakra winners.

Prime Minister Modi also unveiled the model of the National Memorial to be built on the island named after Netaji Subhas Chandra Bose. Home Minister Amit Shah also attended the function. The Prime Minister said that this is a historic moment for the country. Andaman was the first country to hoist the tricolor flag. Modi also said that this is the place where the government of independent India was first formed. Modi also said that many people who fought for the country, including Vir Savarkar, were detained here.