Many people, including the Prime Minister, the President, and former Bihar Chief Minister Lalu Prasad Yadav, have expressed their condolences on the death of Raghuvansh Prasad Singh.

Raghuvansh Prasad had resigned from the RJD ahead of the Bihar elections. He was a close follower of Lalu Prasad Yadav.

Raghuvansh Prasad Singh, who represented Vaishali constituency in the Lok Sabha, was the Union Minister for Rural Development in the UPA-1 government. He also served as Union Minister of State for Animal Husbandry and in the Department of Food and Consumer Affairs.

Raghuvansh Prasad Singh is considered to be an expert in rural agriculture in the country. He was instrumental in the implementation of the Employment Guarantee Scheme. 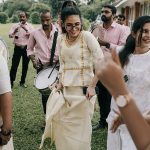 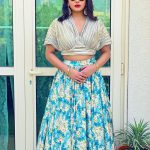 Actress Admin - October 24, 2020
0
Meera Nandan is an Indian movie actress who works in the South Indian movie industry. Mainly in...