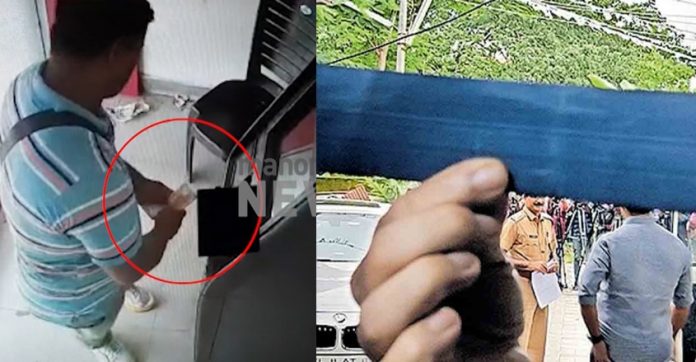 Kochi: Widespread ATM fraud in Kochi.  The thief stole money from 11 ATMs of South Indian Bank.  A quarter of a lakh of rupees was lost from the ATM in Kalamasery alone.  The investigation has been intensified to nab the fraud gang.

The evidence of the fraud that took place on the 18th and 19th of this month at South Indian Bank’s ATMs in Kochi has come out.  The thief will first observe the ATMs where there are no customers.  Then, inside the ATM, a special device is attached to the part where the money comes from.  Then the customers coming here from outside the ATM will be monitored.  But the customers who come to withdraw money will return from here when they are not able to get the required money after the procedure.

The method of theft is that the thief goes inside, shakes the device and steals the money.  ATMs in Kalamasery and Tripunithura parts have lost the most money.  Customers who lost money would first approach the bank with a complaint and then report the information to the police.  The police collected the CCTV footage of the thief taking the money without covering his face.

The initial conclusion of the police is that there are more people in the fraud group.  The case is being investigated under the leadership of the Commissioner.  At the same time, the officials conducted an inspection of the ATMs under the bank in case of fraud in many places.