Marconi Mathayi revolves around Mathayi who is an ex-army man. He currently works as a security man in a corporative bank at his hometown. A girl named Anna comes into his life and the rest of the story unfolds his various life incidents and also his romance towards her.

The movie is directed by the newcomer Sanil Kalathil who also handles the story and along with him, Rejishh Midhila joins with him in writing the story, screenplay and dialogues.

First of all from the direction to the screenplay most of the things in the movie doesn’t turn accurately as the makers aimed to execute. The movie struggles a lot in making a perfect direction from the beginning and also the way the writers had written the screenplay was average because the different scenarios which they implemented for setting the scenes had ended up in overdramatic.

The direction held by the debutant maker Sanil Kalathil was unpassionate because the making was unrealistic and the adding of unwanted songs had also made the movie both unrealistic and overdramatic. The maker had targeted for a complete romantic movie in a comedy backdrop but the romance in the film was not having an authentic feel because of the unworked screenplay.

The story is predictable but it was having the romantic and sentimental elements but the screenplay was not as per the story, therefore, the moments didn’t give the right catching feel and also sadly the vibe of the plot was spoiled by the half baked screenplay. Coming to the story and screenplay the plot was having every component for a feel-good romantic movie but a kind of factor to engage the viewers were missing.

One of the important drawback to being noted in the film is the art direction because the sets they made for the movie in most of the scenes especially at the first half had given an artificial feel at many places which had seriously affected the viewing experience. Also, most of the songs were unwanted and illogical which was senseless and irrational.

The screenplay was having the combined factors of love, friendship, situational comedies, romance, betrayal etc and each of these factors had not worked genuinely. If the writers could have put little more effort in the screenplay the movie could have been ended as a notable romantic movie of the year. The major incidents happening to the central character and its further situations were unsurprising and predictable which also turned out less engaging.

The dialogues in the movie were impressive because the conversation between the central characters was having soulful momentum which can pass a feel in romantic and sentiment areas to an extent. Also, the dialogues given for Vijay Sethupathi was with quality words which were fine and superior.

Coming to the performance Jayaram had done a wonderful job with his usual stunning performance. His acting was superlative with perfect timing in delivering the dialogues. His few situational comedies had worked out and he had scored high in romantic areas. His combination scenes with Athmeyya was good to watch. The heroine Athmeyya Rajan had also made a brilliant performance. Both emotional and romantic scenes were delightful and a matured acting was witnessed throughout. Vijay Sethupathi’s extended cameo had saved the movie to an extent. His acting was first-rate and the few emotional scenes were feel-good. Aju Varghese had also done a notable job. Tini Tom, Joy Mathew, Alencier Ley Lopez and Sudheer Karamana had done total justice to their respective supporting characters.

Looking into the technical aspects the cinematography of Sajan Kalathil was fantastic with many stunning frames. The various shots of backwaters were magical and the visuals of Goa was also captured brilliantly. The editing of Shammer Muhammed was smooth and fine without giving mismatches. The Art Direction held by Salu.K.Geroge was totally disappointing and pathetic, an artificial feel was been throughout in the first half.

So overall to conclude Marconi Mathayi had given me an unsatisfying and disappointing experience in all aspects because of the half baked screenplay and average direction. The screen presence of Vijay Sethupathi was the highlight but still, he was also not able to save the movie because of the impractical making so just for a time pass Marathoni Mathayi can be an ok choice. 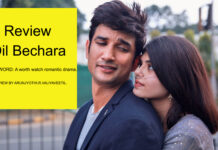 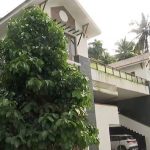 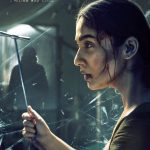 Movies Admin - October 23, 2020
0
The first look of the movie 'Netrikann' starring Lady Superstar Nayanthara is out. The film is produced... 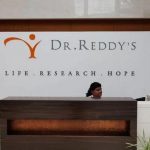